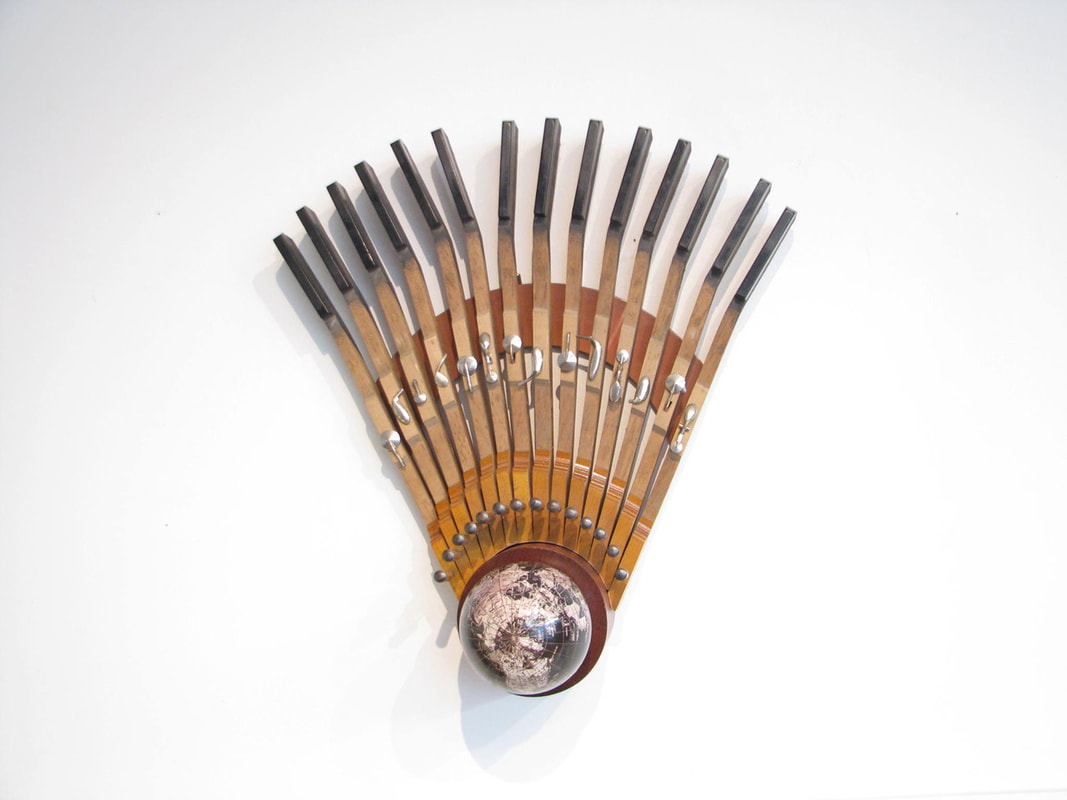 “Working with non-functioning musical instruments they blended their creative and technical backgrounds to deconstruct and reconstruct the instruments into new and unexpected combinations.”
Quote by Michelle Sirois-Silver (contemporary textile artist -www.michellesirois-silver.com)

This body of work came about with the unexpected turn in the art world due to Covid.  Shows were being cancelled or postponed, galleries closing and festivals postponed led both to re-think their work.  They came up with the idea of a collaboration as they both had lots of inventory and had always wanted to dig deeper into each other’s techniques and skills.

Instru Mental was inspired by the collection of dead and discarded instruments gathered over the years.  They decided to follow in Picasso’s footsteps and deconstruct and then re-construct.  Their artistic practices melded beautifully together and the duo learned so much from each other.  During the process they started to tap into each other’s skills to put this work together whether it was from a physical talent or an esthetic decision.
---

Bios
Arnt Arntzen
Arnt was born in 1958 and raised in North Vancouver, BC. Interest in metal began when building a 36 foot steel schooner in the backyard with his father. His first sculptures were created from the scrap pieces. Woodcraft and design developed through renovating vintage houses.

The years from 1984 to 1987 were spent in Los Angeles turning his attention to furniture design.

Since returning to Vancouver, he has shown in California, New York and various galleries across Canada.

Valerie Arntzen
My art practice is primarily assemblage but I do collage and photography as well. My work is inspired by my travels and treasures I have collected.

Religious icons are often used in my art.
Collaborations are a rewarding and necessary part of my work. What I learn from other artists is invaluable and I take those lessons into my own artwork.
Vancouver, Canada is my home and have been an artist for over 30 years.
I lived in Los Angeles, California for 2 years and Amsterdam, Holland for 6 months on self-directed residencies.
My art has been shown in Vancouver, Los Angeles, New Zealand, Brazil, New York, and various towns in British Columbia
Private collections that have my work are in Holland, New York, Santa Fe, Vancouver, BC and in Museums in Belgium, Bulgaria, New Zealand, Brazil, France, Wisconsin and Texas.